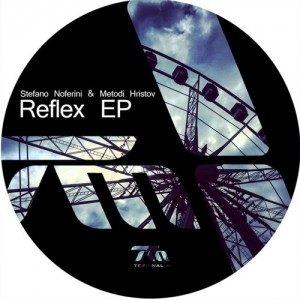 A1 Reflex
B1 Soft Sentence
B2 Mistakes

Since Stefano Noferini’s debut release on Monika Kruse’s label Terminal M Records in the beginning of 2015 he released some more of his hi quality clubtunes on his own label Deeperfect, Toolroom Trax and Stereo Productions. For these three new tracks he teamed up with Metodi Hristov from Sofia, Bulgaria’s capital who’s releases and remixes on Rejected, Time Has Changed and Noir Music were always sure chart toppers. Curious to see which one of the three tracks will make it too.