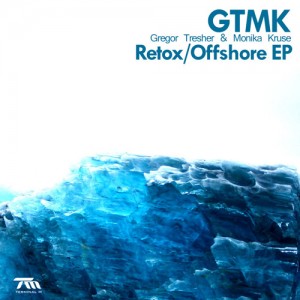 What started out as a fun project between Gregor Tresher and Monika Kruse now became a regular tradition for the two close friends. Since their last GTMK EP was released on Gregor’s Break New Soil label it’s now time for a release on Monika’s Terminal M Records. And again you can feel and hear the extraordinary chemistry between the two DJs, who share the same love for driving grooves and nasty little melodies.