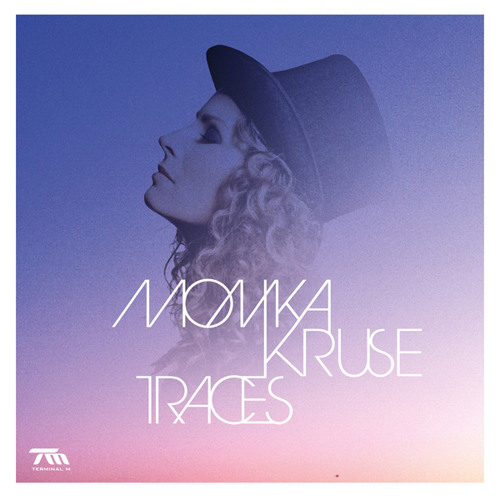 It could be a Monday. Maybe it is more like a Tuesday or any other day of the week. But it is certainly one of these days when your memory parades in front of you, full of emotions. And then the search for the traces begins. A few dozen pictures in your digital camera, your record case – still lying next to your front door. Handle with care. This side up. In your pocket, there is a flyer; on its back a short but treasured message “thank you for the music.”

Monika Kruse knows these days and moments. Her personal collection of memories as a DJ, musician and producer continues to give her the ideas, strength and dedication which music always demands.

At the start of the nineties, Monika´s DJ life began with her as a resident at the Ultraschall Club in Munich. During the next years she published seven mix compilations and set up the record labels Terminal M and Electric Avenue. Her flourishing career took her East, several times, to Japan`s biggest indoor rave ‘Wire’, and Australia, as well as West, to the best Brazilian clubs. Back home in Berlin, she played in front of a crowd of 1.5 million ravers at the Love Parade, and at world-famous local clubs such as Berghain / Panoramabar, Watergate and Weekend.

Now, twenty years later, she has put all of her traces and roots into her fourth artist album. All the beginnings, the ends, highlights, styles, and shadows/colours of her musical life. For Monika, words like deep house, techno, Drum & Bass or tech-house stand for hundreds of records, artists and parties. Traces she collected and digested at some time all put together as a whole.

“E Pluribus Unum” – out of many, one. And so you find, in roughly 66 minutes, all aspects of a musical life. Music as the drive and motor of her life. 12 inch or 12 cylinder. This album gives 12 answers.
It starts with “Cycle of Trust” , which hurries along with its tribal groove like the perfect soundtrack of a sunrise before segueing into “Playa Dust” – making the listener seem to float with its drums and hypnotic track.
The more dubby track “Exhale” puts us back onto the dance floor, we can only guess the place and time. But maybe it is just the cool introduction to what the voice of Chicago pioneer Robert Owens (Fingers Inc.) does in “One Love”. Do dreams come true? They did the day I met you. This intro will be heard often in the months after the release of the album – the bass line shows how much life can be in a house track. And it can answer all questions why a genre named deep house was invented. Monika shows, especially in the breaks of her tracks, how speed can be accelerated without embarrassing effects.

One can also hear this effect in the next two variations of ‘Robot Heart’. They start as an edit with a straight march, which then – in the original mix- really puts you on the dance floor. If only robots could dance. During the middle of the album, Monica`s techno roots appear more and more with ‘Wavedancer’ (which is the track she includes as a remix, together with producer Thomas Schumacher), sometimes in ‘Traces’ or the extremely driving ‘Trippy Tipi’ with its legions of drums that pay respect to the old techno heroes Jeff Mills and Joey Beltram.

Those who know Monika`s DJ sets will recognise the change to the track ‘With Hindsight’ a change not possible without hard breaks, a track that puts into contrast the soulful voice of Nick Maurer (Shak Digital, Shaker Plates, Om, D’lectable) to an amazing piano break. With ‘Namaste’ the album returns to its beginning and in the very emotional last track ‘M.U.M’, Monika shows her weakness for broken beat, ambient tracks in the mode of Aphex Twin or Autechre. But this seems only to be the end for the new beginning, for a day that reads new traces.