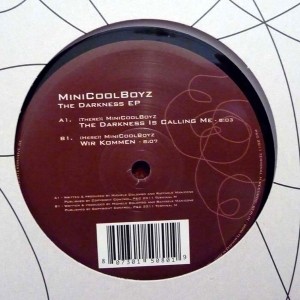 Germany the pair developed their love of all things Techno. Stepping behind the decks, the pair quickly built a reputation for this exciting blend of Minimal Techno, Detroit and tech-house.

It wasn’t long before the pair were regularly playing some of Italy’s finest clubs. Expanding on their sets by including drum machine, FX and Traktor Scratch technology. 2006 was the official launch of MiniCoolBoyz, and saw the duo playing back to back, exploring new avenues of style and sound. Now road-testing their own productions, it wasn’t long before support from Italian and International DJ’s began to flood in, and their productions topped the download charts.

2008 was a key turning point for MiniCoolBoyz with the inclusion of their remix of Marco Dassi’s ‘Varese Ist Leer’ track, first being included in Richie Hawtin’s ‘Sounds From Can Elles’ compilation album, and then being signed to his legendary Minus label. The track became an instant hit and propelled MiniCoolBoyz onto the world stage in the greatest of fashions. Since that time the duo have gone on to release two successful EP’s on Dubfire’s SCI+TEC Digital Audio, tracks and remixes for Saved Records, Harthouse and Kling Klong, and launched their very own imprint, Amazing Records.

MiniCoolBoyz debut for Terminal M features two exclusive new original productions, both of which have become key tracks in the sets of label chief Monika Kruse. “The Darkness Is Calling Me” with its bouncy, progressive bassline and spoken vocal is a perfect opener. Backed on the flip by the scything, Jackin’ locked tight grooves of “Wir Kommen.” As a final flourish, we also include the digital exclusive remix of “The Darkness Is Calling Me” from our Terminal M Italian resident, Luca Morris. The underlying growl of the original is built upon with crisp Toms and rasping snare rolls, leading us to the devastating breakdown.